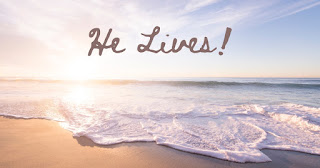 
I have been meditating on this passage for the past few months and I've often pondered what it would have been like to walk with Jesus. Many people travel to Israel, to walk where He walked and see the places He had been.

Well as I write this today I'm here to tell you, He lives!

As I share this, this morning, I am testifying of what I have seen with my eyes and my ears have heard and my hands have handled in regards to the Word of Life.

That's why I have hope when I like everyone else walk through great sufferings and trials. There is a conviction of my heart that He lives!

Not because it's a doctrine or because I believe in the doctrine of the death, burial and resurrection of Christ.

It's because He has become real to my heart.

What gives me hope is, "I believe He lives!"

Because He lives I can face tomorrow, just like you can.

Because He lives, we can face today, trusting and surrendering to His plan and path for our lives and our families.

I want to encourage you today to pause for a moment and meditate on the reality that, He lives.....and He hasn't forgotten about you.


He is not here, for He has risen, just as He said. Come, see the place where He was lying. Matthew 28:6 NASB

Posted by Circuit Rider at 7:12 AM No comments: 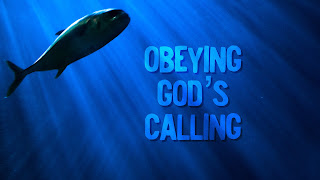 Some of you today might be sitting in the midst of the church and saying, "My life is such a waste. There is nothing spiritual about my life and my job doesn't seem to have any real value to God's kingdom. BUT if  you could only see in the spiritual realm, the tsunami, the flood of prayers from the saints for the people all around you that do not know Christ. You have no idea who is praying at this very moment for the people you work with every day. Find the place that God has you and begin to give your life away. Sometimes we resist the very plan that God has for us. Consider the Book of Jonah in the Bible....

Think about these verses for a moment this morning. Why does God even have to say anything to Jonah? Why not speak to someone in Nineveh? For some reason He spoke to Jonah and said "I have something I need you to do. I have heard cries for help for this city, I have seen affliction there and people wrestling with despair. They have no light and have lost hope."

Are there places in your life where you have said no to God? Jonah ran from the Lord and wasn't willing to obey Him. God sent a storm into Jonah's life until he was willing to admit, "Guys, I'm the problem." Then the sailors threw him overboard and the word says that God sent a great fish to swallow Jonah. Things got harder and harder until Jonah was willing to obey and the fish spit him out on dry land. How many of us start to obey until things get better in our lives and then we stop being obedient again?  So often we forget the vows we made before God. "I surrender all......"

I can remember in my high school years I was listening to a tape by a man named James Robinson and his daughter had just gotten married and he said on that tape how his desire was to be one who helps God's bride get ready for the bridegroom. I heard that and I thought, "God, that is what I want to do! Help the bride get ready for the bridegroom." I can remember that just like it was yesterday and that began my journey.

Well, then I became a youth pastor and the church was starting to grow and then it happened.....the church broke apart. I remember thinking, I'm done. I didn't want to go through that again with another church. My Dad had always told me that the one thing no one could take away from me was my mind and If I ever don't know where to go, just go back to school. So I enrolled back in college and had decided I would finish and go to work for my Dad's law firm.

Everything was really moving along and I then I remember sitting in this class and I had an important exam and my mind just froze. I had prepared and studied and yet my mind was blank. My mind just locked up and after two hours I turned in a blank piece of paper.

So we went to the Bible study and God spoke to me and asked, "Are you willing to put your complete confidence in the fact that no one can take your mind away? I've let you run for two years and now it's time to get back to where you belong."

I knew God was getting my attention and out of the blue I got a phone call from a church asking me to be a youth pastor.

God has a redemptive plan that includes you. He doesn't need us and doesn't have to use us but he chooses to. When Isaiah came to the place of seeing God in all His glory he fell on his face until God cleansed him. Then his immediate response of gratitude was, "Lord, here am I....send me."

So often God is waiting for us to say yes to Him. All you have is today to be an expression of God's love into someone else's life. I hope you'll consider this devotional as you begin your day today.  God is for you and you can trust His direction because He is not playing games with your life.


Posted by Circuit Rider at 8:30 AM No comments:

The Parable of the Sower Part 3 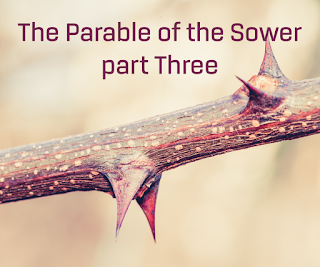 Other seed fell among the thorns, and the thorns came up and choked it, and it yielded no crop. Mark 4:7

We have been talking about the war to keep the Word of God from finding ground in your heart.

Today I'd like you to think about the seed that was sown among thorns. The seed in this verse began to grow and grow but all of a sudden thorns began to grow around it and choke it. The thorns are the worries of the world, the deceitfulness of riches and the desires for other things. I was talking to the church in one of the prison units and I was telling them the reason I thought the church was flourishing in the prisons.

The reason that God is so alive in the church in the prisons is that there is no "escape" for them. You and I can, "go home," if we are weary from life's trials  and even if we want quiet time away from others we can close the door.  Think about it though, in the prison they can't do that. They are around people who are using foul language and being unkind and they can't get away from it. When they come to church they are ready to hear from the Lord and to fellowship with other believers and receive from the Word of God.

I've told the men that the very danger this particular parable talks about becomes evident when they get out of prison. The first thing they do is get a job and then after a while they get two or three part time jobs because they say they need to buy some of the things they need now. They begin to be consumed with work and obtaining things they think they need now that they are on the outside. They forget the very God that met them in the prison and to neglect the Word of God that is their very life.

How about you? In your community and world have you neglected one on one fellowship with Jesus? Has the worries and cares of this life caused you to pursue things other than the fellowship with the church and hearing the Word of God? If you will cast your cares upon God and then get still and hear what the Lord would speak to your heart, He already know everything you have need of.

This work that He has begun in your life He wants to complete it but you need time with Jesus, you need to not neglect fellowship with other believers. Those that will challenge you to do what is right and encourage your walk with the Lord. If you will make that time to spend time with the Lord and His Word and to get still with Him, God will prepare you for the place He has for you. The divine purpose you were created for will become a reality as you make time with God a regular, consistent priority in your life.

Lord I pray this very day for everyone reading this devotional, that there would be a sense of peace and joy that arises within them that you are involved in their circumstances. You know the worries and cares of their lives because you care for them. You are their provider and their purpose in Life and as they turn their hearts to you today, may they find their happiness in fellowship with your Holy Spirit. I pray they will embrace a renewed vision to make fellowship with You a priority in their lives. In Jesus name, Amen.

For further study today we invite you to enjoy this video message:


Posted by Circuit Rider at 5:51 AM No comments: