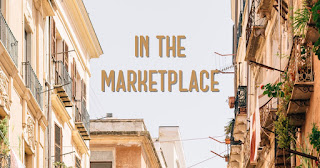 After these things there was a feast of the Jews, and Jesus went up to Jerusalem.
Now there is in Jerusalem by the sheep gate a pool, which is called in Hebrew Bethesda, having five porticoes.  In these lay a multitude of those who were sick, blind, lame, and withered, [waiting for the moving of the waters; for an angel of the Lord went down at certain seasons into the pool and stirred up the water; whoever then first, after the stirring up of the water, stepped in was made well from whatever disease with which he was afflicted.]
A man was there who had been ill for thirty-eight years.  When Jesus saw him lying there, and knew that he had already been a long time in that condition, He *said to him, “Do you wish to get well?” The sick man answered Him, “Sir, I have no man to put me into the pool when the water is stirred up, but while I am coming, another steps down before me.”  Jesus *said to him, “Get up, pick up your pallet and walk.” Immediately the man became well, and picked up his pallet and began to walk.
John 5:1-9 (NASB)

So often we think of the church as a place of healing but here in this passage we find that God had a special place that He would send down mercy, and it was in the Marketplace. It was in a place where people were coming and going about their daily business.

Our prayer should always be wherever we go, that in the marketplaces our eyes would be open to the maladies around us.

Blindness can be a physical condition but it can also be a spiritual affliction.
Jesus said in His word to, "Ask for eye salve that your eyes might be opened up."

There are maladies that we cannot always see with our physical eyes.

Sometimes there are abrasive people in our lives who can be so difficult and we wonder why we have to deal with them.
Well, if you knew the story of their life and could see them as emotionally crippled in an area of their life, would you have compassion for them?

If I see someone using a walking cane or a walker dragging their leg, I would not expect them to be able to run a race. Believe me that so often there are emotional sicknesses and spiritual maladies going on in the lives of people. If we could truly see it we would be merciful to them.

It is easy to say about someone in prison for example, that they are getting what they deserve. I understand they have been separated out because they have a judgement against them, but what was it that brought them to that place? Something I heard someone say years ago, was that you would be a whole lot less likely to make a judgement on someone if you knew their story and where they came from.

I can't tell you how many people I have sat with and as they begin to tell me their story, I think, it makes sense to me. I see it. Things can look perfect but inside there are wounds that just don't get healed overnight.

There are things that people are walking through because God's purpose and intention is to make us whole. The marketplace is the place where God has called us to be aware of those who are afflicted among us.

So often we are afraid to be aware of the hurt and pain going on and choose instead to entertain ourselves. I'm not against entertainment, movies or television, but often it is a distraction to keep us from those in pain and hurting all around us.

Many times God is calling you to be an extension of His grace, kindness and love in those places. Some people have almost given up hope that they will see any kind of good in this life, much less in the next. As we are led by God's Spirit we can lay down our lives as a living sacrifice, allowing Christ to use us as an instrument of His love and peace. It's amazing how a smile or kind words can give someone hope and encouragement to get through another day. Or how a single prayer can move mountains or remove the dark cloud over a person's life.

Lord, give us eyes today, to see the needs around us in the marketplace. Help us be sensitive to your Holy Spirit's direction of how we may be a living sacrifice for your glory. Speak through us and act through us so that we may be conduits of your divine love. In Jesus name, Amen.

But Peter said, "I do not possess silver and gold, but what I do have I give to you: In the name of Jesus Christ the Nazarene-- walk!"


Visit us on FACEBOOK
Enjoy more messages on STITCHER

Posted by Circuit Rider at 7:53 AM No comments: 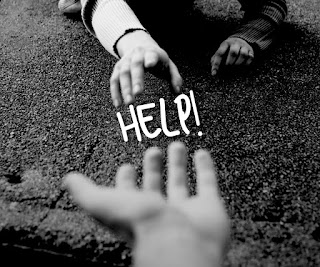 Give ear to my words, O Lord,Consider my groaning.
Heed the sound of my cry for help, my King and my God,For to You I pray.  Psalm 5:1-2

What stood out to me in that verse is that there is nothing more sincere than, "Help me!"

So often in the scriptures we can see God respond to the cry for help. There is one thing that I've shared with my children in regards to that very subject. In fact it's one of the things I shared with my son when he graduated....

Your situation may not change overnight but He will help you through it.

God is our refuge and strength, A very present help in trouble.
Psalm 46:1 (NASB)

Listen to our Podcast on STITCHER


Posted by Circuit Rider at 7:12 AM No comments: 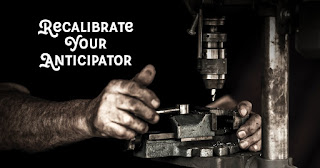 And looking at them Jesus said to them, “With people this is impossible, but with God all things are possible.”
Matthew 19:26

How many times do we pray to God without anticipation? There was an old country boy I met, he was a mechanic and he once said to me, "You know what? Sometimes we need our anticipator recalibrated!"

I don't know anything about calibration, I know it must have something to do with adjusting but I never forgot that statement.

As you read this blog, think about that for a minute. How often do we pray with no anticipation or expectation that God is going to hear us?

The Psalmist David said, "I will lift up my prayer in the morning and I will begin to anticipate how you will answer me."

I decided to start writing a gratitude journal. Every day I write down three things I am grateful for that day.

With me I have found that beginning the day with gratitude is helping me to anticipate God's faithfulness throughout my day.

Walking daily in faith and gratitude, expecting to see God and meditating upon Him, will transform your day into something beautiful.


When Jesus saw him lying there, and knew that he had already been a long time in that condition, He *said to him, “Do you wish to get well?”  The sick man answered Him, “Sir, I have no man to put me into the pool when the water is stirred up, but while I am coming, another steps down before me.”  Jesus *said to him, “Get up, pick up your pallet and walk.”  Immediately the man became well, and picked up his pallet and began to walk.

Posted by Circuit Rider at 9:32 PM No comments: 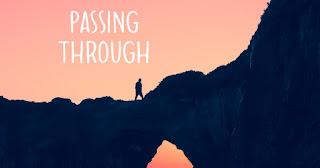 These all died in faith, not having received the promises, but having seen them afar off, and were persuaded of them, and embraced them, and confessed that they were strangers and pilgrims on the earth.

One of the things I love that a friend of mine used to say is that when he was in prison, he never called it home. That always made me think of a passage in the old testament.
The children of Israel had been taken captive by Nebuchadnezzar to a foreign land. Jerusalem was burned with fire and God's blessing was on those who submitted and went into captivity.

It was a season of affliction and difficulty that was not meant by God to be permanent but the children of Israel began to plant roots and make it their home. They were living among a foreign culture with foreign gods and they lost sight of Jerusalem, lost sight of the place they were meant to be.

In the same way many of us have made this world, or a place that God has us, our home and have planted roots.

In the Book of Nehemiah and Ezra, when God began to rebuild Jerusalem, one of the first things they did was to establish the Feast of Booths. It was to remind the people that we are just passing through.

God may be shaking our lives in order to get us from here to where He wants to take us.


For a Christian, you will never be able to find your home in this world. That's because this broken, fallen world can't satisfy you. Many people feel like they would be content if they could just make a little more money. There is never enough money to bring contentment or lasting peace. You go out and make money only to put it in a pocket with holes. Something tells you this car is not good enough, you need a better car, you need a bigger house or the newest gadget. You keep buying the same things over and over but they never bring fulfillment.

God will not allow any of those things to satisfy you here because He is trying to take you somewhere.

He did except he brought Lot with him and I believe that represents an attachment to what is familiar.

How many of us when we are moving into the unfamiliar want to take someone or something with us that is familiar to us? Something that brings us security because of our fears. God will allow it for a season but there comes a place where flesh does not mesh with Spirit. In His mercy God will say to us, "Turn it loose.  I've let you carry Lot this far but now there's constant bickering and fighting in your heart."

What is it that you are trying to take with you on your journey that God is trying to cut out of your life? Today, don't harden your heart, simply get still before Him and listen for His still soft voice.

God wants to take you a way you've never been before.

Thus speaketh the Lord of hosts, saying, This people say, The time is not come, the time that the Lord's house should be built.
Then came the word of the Lord by Haggai the prophet, saying, Is it time for you, O ye, to dwell in your cieled houses, and this house lie waste? Now therefore thus saith the Lord of hosts; Consider your ways.
Haggai 1:2-5 (KJV)

For further study, consider this video:


Posted by Circuit Rider at 7:17 AM No comments: