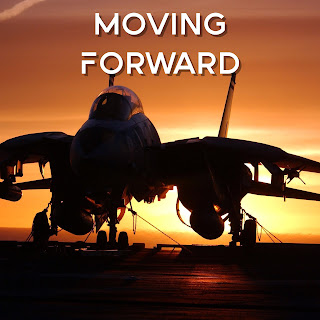 I remember many years ago,    when we first started off in prison ministry we would hold three to four day seminars. We held open meetings in the big sanctuary and then we would break up into groups in the classrooms and have smaller meetings. In one such meeting I can recall seeing a guy who looked different. He didn’t seem to fit in there. As he gave his testimony we found out that he was actually a fighter pilot. He was stationed in Hawaii and went on leave to see his family for his birthday.

When his plane landed back in the states he was surprised to see that his family was not waiting for him as they usually would be. Someone came up to him and told him his family had been in an accident and he needed to get to the hospital immediately. When he got there, his wife and his oldest daughter had already died and his youngest daughter died in his arms.

Basically what had happened was that a local judge had been drinking and driving and ran a stop sign and hit his family. So the pilot went through the normal legal proceedings but the judge received a slap on the wrist and nothing really happened to him.

He couldn’t believe such a miscarriage of justice and bitterness began to work within him. So he found out where the judge was, at a golf course and put on his dress whites and confronted him. He looked him in the eye and told him, “I am the man whose family you killed.”

The judge was shocked at the confrontation and became enraged, cursing at the pilot and telling him to leave immediately. All he wanted was a sincere apology from the judge but when that didn’t happen, he went to his Jeep and got his gun. He shot the judge three times and although he didn’t kill him, he caused him to be paralyzed from the waist down.

The pilot ended up in prison and several years into his sentence the judge wrote him a sincere letter of apology, explaining that he had become a christian. He asked the pilot to please forgive him for what he did to his family. The pilot had such bitterness of heart that he set the letter aside and couldn’t write him back. He kept putting it off and putting it off.

At that time, the seminar we were having was about forgiveness and I could tell the whole time that he was wrestling with something in his heart.

As the meetings progressed he stood up and shared his story and said that he had chosen to forgive the judge as hard as it was. He said he had written him a letter the night before telling him he had forgiven him. At that moment, a new journey opened up in his life. He obeyed God’s call to forgive as difficult as it was for him and left that place of bitterness of soul. He took the first step to freedom from the bondage of resentment.

The key is obedience to God’s word!

What is it that God is dealing with in your life? Maybe it’s an issue of forgiveness and you know it’s in your heart. Maybe you’re wondering why your life is so dry. Perhaps you’re questioning why God isn’t moving in your life like He is in the lives of others.

Get quiet before the Lord and cry out for His guidance and direction. Faith will happen as you obey what God is saying to you. Your faith will continue to grow as you take that first step and move forward. When you move from hearing the word to being a doer of the word, you will be walking in liberty and freedom.

“as for you, son of man, your fellow citizens who talk about you by the walls and in the doorways of the houses, speak to one another, each to his brother, saying, ‘Come now and hear what the message is which comes forth from the Lord.’ They come to you as people come, and sit before you as My people and hear your words, but they do not do them, for they do the lustful desires expressed by their mouth, and their heart goes after their gain.

For further study consider this audio message on YouTube:
Posted by Circuit Rider at 7:05 AM