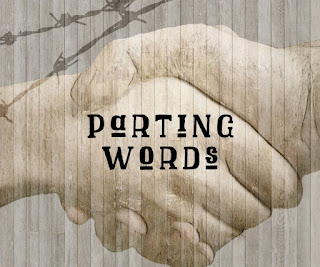 It good for me to be afflicted that I may learn your statutes. Psalm 119:71

Eighteen years ago I was asked to go see a death row inmate nicknamed, “Gus”, who had just received his execution date. A Christian family that knew him before he went to prison asked me to go see him and share the gospel with him.

He conveyed to me that he had already accepted Christ as his Savior and that he was a believer. We had a good, cordial conversation and I said to him, “I’ve done most of the talking in our visit and I just want to ask if there is anything you’d like to convey to me. Seeing as we might never speak to each other again in this life, is there something you’ve learned that you want to share or for me to consider as I leave here?

He paused for a moment perhaps having never been asked this question and then he replied....

In the process, I began to see some things I had held onto for 16 years or 14 years....and In light of my coming execution, I began to wonder why I held on to these things. What value did they really have that I held onto them for so long?”

As I said goodbye to Gus and left the prison unit I thought about what he had to say. I’ve never forgotten that meeting and what I had learned from it.

The scriptures say that these momentary light afflictions we are experiencing are working for us! Sometimes it’s pain that is the very thing that causes us to humble ourselves and accept change. Pause and think about that for a moment. Therefore pain is not working against me but is in fact accomplishing God’s purpose.

For further study, consider my podcast; you can stream it here: